An interesting but troubling story in today’s SF Chronicle about students, although internet savvy, can’t distinguish fake news stories from the real facts. You can read it at http://tinyurl.com/zpow9ye

When presented with a big, colorful chart sponsored by the oil company Shell versus a screenshot of an article from the Atlantic, high school students overwhelmingly argued that Shell’s post was the more reliable of the two “because it provided more data and information” than the article did. Only about 15 percent of students noticed the paid post
was sponsored by Shell and said the science article was the more trustworthy source.

This inability to evaluate information persists even after students are accepted to major colleges and universities — including Stanford, Wineburg said.

The “great majority” of college students tasked with evaluating information from the American College of Pediatricians, a conservative advocacy group that has been named a hate group by the Southern Poverty Law Center for its vehement opposition to women’s and LGBT rights, were unable to suss out the group’s bias, even when given the chance to independently check the group’s credentials. Some even cited the professional-looking website of the organization as reason to trust its pseudo-science. 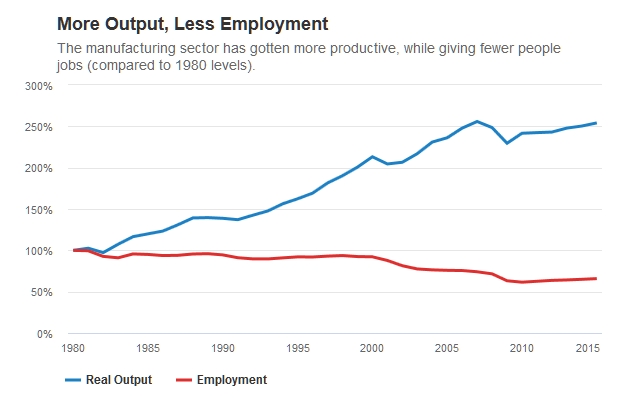 [T]he total inflation-adjusted output of the U.S. manufacturing sector is now higher than it has ever been. That’s true even as the sector’s employment is growing only slowly, and remains near the lowest it’s been. These diverging lines—which reflect improved productivity—highlight a huge problem with Trump’s promises to help workers by reshoring millions of manufacturing jobs. America is already producing a lot. And in any event, the return of more manufacturing won’t bring back many jobs, because the labor is increasingly being done by robots.

https://www.technologyreview.com/s/602869/manufacturing-jobs-arent-coming-back/ via DuckDuckGo for Android 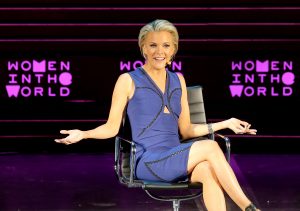 Source: Fox News Had To Explain To Trump’s Attorney Why Killing Megyn Kelly Would Be A Bad Thing, Politically

I was reading up on Ruggero Maria Santilli, the renowned nucular physicist, when I stumbled upon the Rex Research website. This is certainly the best source for reliable scientific information I have ever discovered.

Here’s your chance to match your prognosticating skills against the Bitemaster!

Jason Kander is the Democratic candidate for Senator from Missouri, running against Roy Blunt, the Republican incumbent.