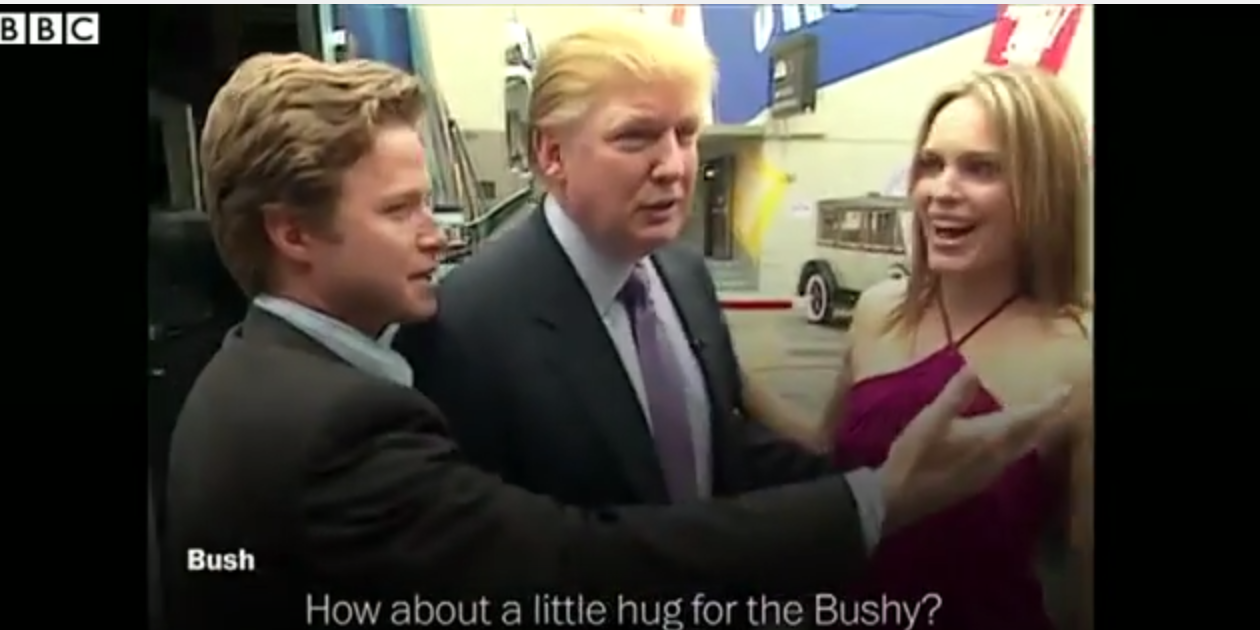 The now-infamous Donald Trump video has rocked the presidential campaign. Here’s how middle-school kids can talk to their parents about it.

Hat-tip to Larry Yudelson. Source: How To Talk To Your Parents About the Trump Video: A Guide For Middle-Schoolers – Culture – Forward.com

In a blistering editorial published in the Monday edition of the New York Times, the editorial page editors are calling upon the Justice Department to open an investigation into the torture practices committed during the administration of President George W. Bush with an eye towards prosecuting those who “committed torture and other serious crimes,” along with former Vice President Dick Cheney and other major administration officials.

The Bitemaster has reservations about whether such a prosecution would be a good idea, but gives the Old Gray Lady credit for having the guts to propose it.

via New York Times calls for Cheney, Bush officials to be investigated and prosecuted for torture.

The city of Fort Lauderdale last week passed an ordinance that effectively outlaws several humanitarian groups from feeding the homeless in public with a penalty of up to 60 days in jail.

Fort Lauderdale Mayor Jack Seiler sure is tough when taking on homeless people: “Just because of media attention we don’t stop enforcing the law. We enforce the laws here in Fort Lauderdale.”

When it comes to violent crimes, however, the mayor isn’t so tough: The violent crime rate in his city is more than double the national median.

So, Jack Seiler, you just go on arresting people who feed the homeless and when you get a minute, bite me.

Boy, that Ablow is some idiot, thinking that girls shouldn’t have the right to wear leggings in school.

Says one seventh-grader, “Not being able to wear leggings because it’s ‘too distracting for boys’ is giving us the impression we should be guilty for what guys do. We just want to be comfortable!”

Next, Ablow will probably oppose topfreedom for schoolgirls. After all, going topless is perfectly legal in many jurisdictions, so why not in school?

Fox’s Keith Ablow: Schools should ban leggings because they distract my son.

When Nancy Pelosi endorsed Charles Rangel for re-election, she was certainly thinking, “I have no integrity anyway, so what difference could it make?”

If you get your heathcare from Ascension Health, the Catholic non-profit that operates more than 500 locations in 19 states (including 70 hospitals), good luck getting birth control pills.

World Vision recently changed their policy on gay employees and then changed again.

The old policy was to avoid hiring gay employees. They even won lawsuits over it.

The new policy held everyone to the same standards of fidelity. Gays and straights were expected to be celibate if single, and faithful if married. It was strict, but it was fair. It brought a traditional ethic of family, valued by many Christians, to bear equally on both gay and straight employees.

After the policy change to accept gay Christians was announced, the evangelical right switched into high gear and, in effect, forced the organization to retract or lose their funding.

How sad. It sounds like World Vision really tried to do the right thing.

The article in the Daily News is no big deal — kids are still getting drunk on Long Island. But I couldn’t resist blogging about it so I could write my own headline.

And I will note that, unlike the old days, these scenes of drunken revelry are now photographed and posted on the Internet. Next thing you know, Mark Zuckerberg will run the pix through his new facial recognition software and match each of these kids to their Facebook page.