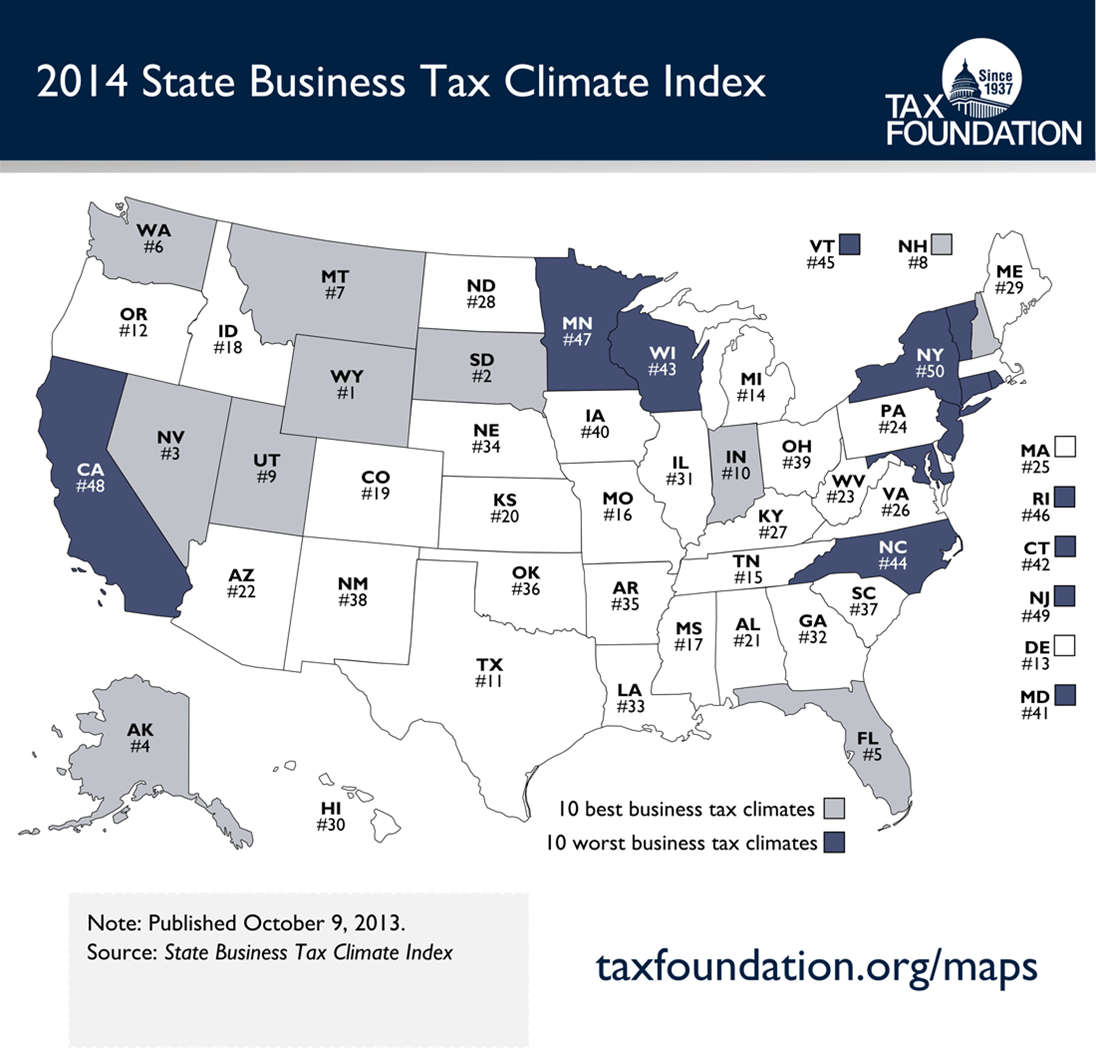 Yabbut . . . the Tax Foundation’s ranking is solely on taxes, which are a piss-poor measure of business climate. A better method was used by CNBC which rated many factors that make up business climate (we blogged about it in August of 2012). They put New York at #34.