Back in September of 2018, one of our American correspondents alerted us to this mailing from Danny O’Donnell, the Assembly Member from New York State’s 69th Assembly District:

As you may know, our current New York City Public Advocate, Letitia James, has won the Democratic nomination for New York State Attorney General. I will be supporting her against her Republican opponent in the General Election in November, ensuring that this important office stays blue in New York State. I’m confident Tish will secure a victory, and will be starting her new role on January 1st, thereby vacating the office of Public Advocate.

I have been incredibly lucky to serve you in the New York State Assembly for nearly sixteen years. However, I have grown concerned by the increased use of unchecked executive power – from the White House, to Albany, to right here at home in New York City.

Each time I observe an over-reach by an executive, I’m struck by the need for someone who provides checks and balances, and the importance of a truly independent person filling that role. Such a position requires a leader who can do the job boldly and demand accountability. Furthermore, because of the importance of the Public Advocate as a check to the Mayor, I firmly believe that the office should not be viewed as a springboard to the Mayor’s mansion. Just as important, we must demand a Public Advocate who pledges to refuse money from corporations and real estate interests.

We deserve a Public Advocate who will keep our city on track and hold a magnifying glass to promises made by our Mayor. The city has set many fast-approaching goals that the Public Advocate will need to make sure we meet, and some that we have a moral imperative to meet early:

We also deserve a Public Advocate who will bring a bullhorn to the corruption and disorganization of NYCHA, who will call for increased police transparency, and who will demand fairer and more inclusive city contracts.

I’ve never been afraid to call out those in power for acting out of self-interest instead of for the public good, even when it meant that I was the lone voice in the room. I’ve been proud to advocate in Albany for all New Yorkers over the last 16 years, where with your support we passed Marriage Equality and the Dignity for All Students Act; we lowered the speed limit to 25 MPH; and took away all guns from those convicted of domestic violence.

I’m ready to continue fighting for you as NYC Public Advocate. However, I believe all votes must be earned, and I keep my constituents in mind with each decision I make. That’s why as I continue to discuss this possible next step with my husband, family, and friends, I’d love to hear from you as well. Click here to share your thoughts on what the office of Public Advocate means to you and what you hope this next iteration of the role includes, or if you’d like to get involved!

I look forward to earning your vote. 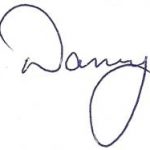 Our correspondent replied as follows:

I look forward to your reply.

Having received no reply, our correspondent again sent the questions to Mr. O’Donnell in January. Nary a peep was heard from O’Donnell.

The Public Advocate election was finally held yesterday. Preliminary returns show that Jumaane Williams won the 17-way race with about 33% of the vote and that O’Donnell came in a distant 6th with about 2.9%.