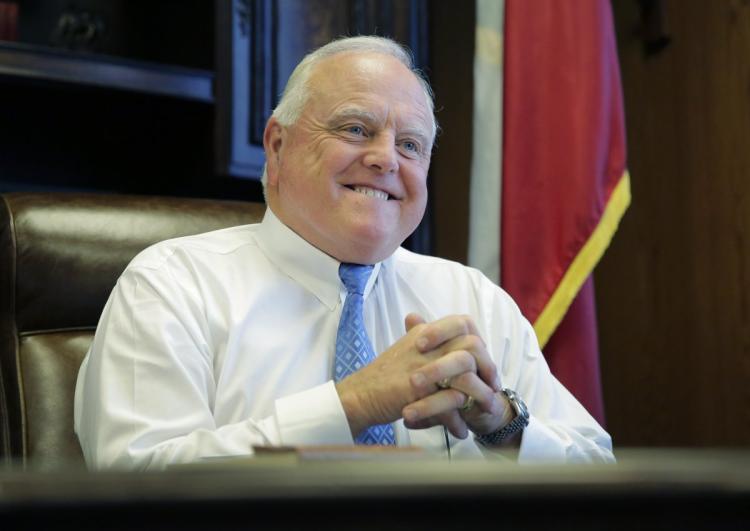 One of the Texas pol’s posts falsely claimed the FBI had discovered an Islamic terrorist training camp outside of Houston.

Texas Agriculture Commissioner Sid Miller, who is being touted as one of President-elect Donald Trump’s possible picks for U.S. agriculture secretary, has built up quite a habit for posting unsupported and blatantly fabricated stories on his campaign’s Facebook page.

“Hundred and fifty posts a week. No, I’m not going to research every one of them,” he told a host for Austin-based radio station KUT News. “If it’s thought provoking, I’ll put it up there and let the readers decide. Everyone that reads that is grown-ups.

“I’m just doing what BiteMe does. The difference is that I have over 300,000 followers and they have maybe three.”

In an article titled “It’s Becoming Clear That No One Actually Read Facebook’s IPO Prospectus Or Mark Zuckerberg’s Letter To Shareholders,” Henry Blodget sticks it to the whiners who are complaining about Facebook’s post-IPO price drop.

Good for him. Except that, as far as I can tell, he didn’t predict the fallout before it happened.

The Google I was passionate about was a technology company that empowered its employees to innovate. The Google I left was an advertising company with a single corporate-mandated focus.

Whitaker’s blog, which I found thanks to Kottke.org.

“When Karen Williams’ son died in a motorcycle crash, the Oregon woman turned to his Facebook account in hopes of learning more about the young man she had lost.

“Williams found his password and emailed the company, asking administrators to maintain 22-year-old Loren Williams’ account so she could pore through his posts and comments by his friends. But within two hours, she said, Facebook changed the password, blocking her efforts.”

via Is Facebook part of your estate? New laws debated | nj.com.

“Have you ever posted a photo to Facebook and then regretted it? Well, turns out deleting it doesn’t actually remove it. . . . For now just consider this another friendly reminder that anything and everything you post to the internet never really goes away.”

via Facebook acknowledges deleted photos not removed for up to three years | Hot Topics | a Chron.com blog.

Again MrMild sends us news about how we “ain’t got no stinking privacy.”

See: Websites Can See If You Are Logged Into A Social Networking Site.